Fire and Ice remains one of my all-time favorite poems, penned by Robert Frost (1874-1963), who happens to be my favorite poet. It is a short poem, consisting only of a few lines, and yet packed with so much meaning and firepower that adding another paragraph or couple of lines would have ruined its searing effect or trivialized its impact.

Some say the world will end in fire,
Some say in ice.
From what I’ve tasted of desire
I hold with those who favor fire.
But if it had to perish twice,
I think I I know enough of hate
To say that for destruction ice
Is also great
And would suffice.

Fire and Ice has a certain cadence that begins to hit you only after you have read the poem a few times. Then, with each reading you begin to realize that there is a much stronger sublayer of jumbled emotions in there, rife with uncomfortable truths sandwiched within those seemingly innocuous words.

It took me a long time to realize what the lines really meant, and when the message slowly became clear (in keeping with my sluggish mental processes), I was amazed at the vivid range of emotions Robert Frost managed to stir and conjure with those few lines, especially as I grew older and experienced first-hand what these words really meant.

The other art form I know that can induce this type of reaction with even fewer words is a haiku, which continues to baffle and elude me to this day.

My other favorite (also by Robert Frost) is Stopping By Woods on a Snow Evening.

St. Clement’s Church (Jaro, Iloilo) — one of my favorites places of worship. 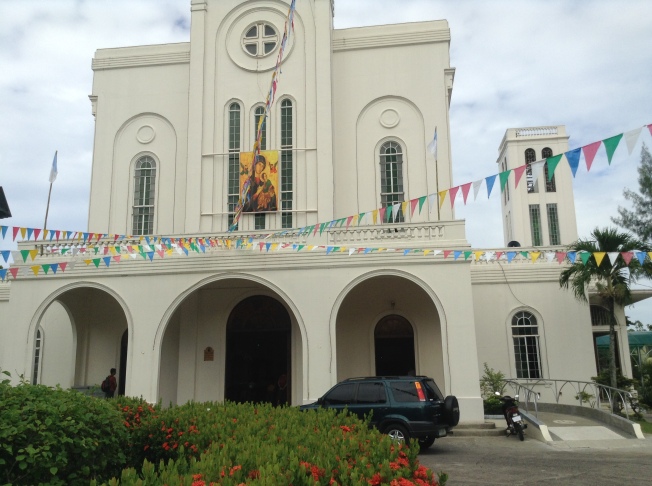 We come here every once in a while, particularly during important days (for our family, that is).

Personally, I like to come here whenever I feel the need to unwind spiritually. I like the fact that, except on Sundays and certain feast (saints) days, this place is not too crowded. I have been coming to this church for several years now. And there are days when I feel like I’m in a different place when I stay inside the church for maybe 20 minutes or more, because it has a certain “atmosphere” that gradually seeps in.

There are also several churches that I am fond of — the EDSA Shrine (Shrine of Mary Queen of Peace), which I usually visit whenever I’m in Manila, and the St. Peter Parish in Commonwealth Avenue, in Quezon City.

This marks my first blogging foray in WordPress. I’m not really an experienced blogger — the last time I wrote a blog entry was years ago.

When I left i.Ph (now defunct), I  thought that was it. I was off blogging for good, because unlike most people I know I don’t really feel the urgent need to commit my thoughts (and whatever goes on in life) into words. Lately, however, I began to feel that I wasn’t getting any younger. So if I don’t organize and crystallize these memories into some coherence (in pictures, entries, links to other people, etc.), I might as well just slide into oblivion.

So here it is, my feeble attempts to reach out to the world at large. I don’t expect people will even notice. It doesn’t matter though. For me, my world (and life) goes on…